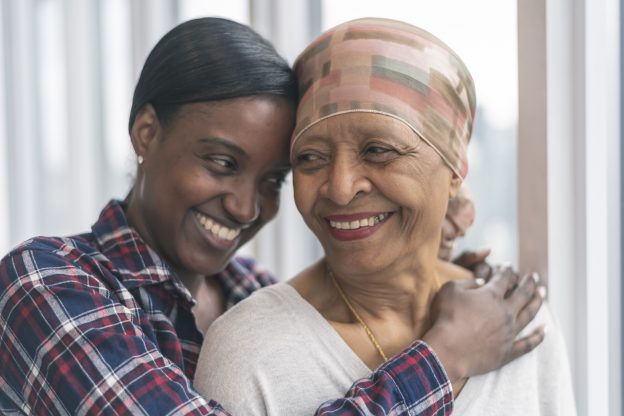 Among insured cancer patients in Southern California, those who were diagnosed and treated at Kaiser Permanente, an integrated health care organization, had better survival rates, especially Black and Latinx patients, according to Kaiser Permanente research published in The American Journal of Managed Care.

She added that the researchers also found markedly lower mortality across all age groups and diagnosis stages among Kaiser Permanente members in Southern California.

Researchers conducted the retrospective cohort analysis of all insured adults diagnosed with 8 common cancers (breast, prostate, lung, colon, melanoma, uterine, kidney, and bladder) from 2009 to 2014 from the California Cancer Registry and followed them through December 2017. Nearly 165,000 adults were included in the study. Patients were covered through various health plans, such as HMOs, PPOs, and other private insurance plans. About one-quarter were covered through Medicare.

The study found that in comparison to patients diagnosed with cancer at Kaiser Permanente in Southern California, and after accounting for socioeconomic status, age, stage at diagnosis, gender, cancer site and primary cancer treatments, Black patients diagnosed in non–Kaiser Permanente hospitals had a 14% higher risk of death and Latinx patients had a 23% increased risk of death.

The study highlights the value of integrated health care delivery when treating patients with complex conditions such as cancer, said the lead author of the study, Robert Cooper, MD, a pediatric hematologist and oncologist at the Kaiser Permanente Los Angeles Medical Center.

“We suspect that the integrated nature of the Kaiser Permanente care system, where all care occurs in the same system and all caregivers are connected through the same electronic health record, may optimize care for patients with complex diseases,” Dr. Cooper said. “The long history of connectedness has allowed for the development of systematic practices such as sharing of expertise and safety nets focused on caring for all of a patient’s needs. These practices may help mitigate the poor outcomes for patients experiencing health disparities.”

A related study that used the same California Cancer Registry data set was published in February in Cancer Causes & Control by the same authors. That study also examined mortality in insured cancer patients throughout Southern California and found that lower socioeconomic status was a stronger driver of mortality risk than race or ethnicity in the covered population of patients. In that study, the highest mortality rates were observed in the lowest social-economic status groups compared to patients in the highest socioeconomic status group, and that pattern persisted across all racial and ethnic groups. In fact, the study showed a 70% increased risk of mortality when comparing those in the lowest socioeconomic group versus the upper socioeconomic group.

Both studies were supported with funds from Kaiser Permanente Community Health, administered through the Kaiser Permanente Regional Research Committee. Authors, in addition to Dr. Cooper and Dr. Haque, are Joanie Chung, MPH, and Tiffany Hogan, MD.