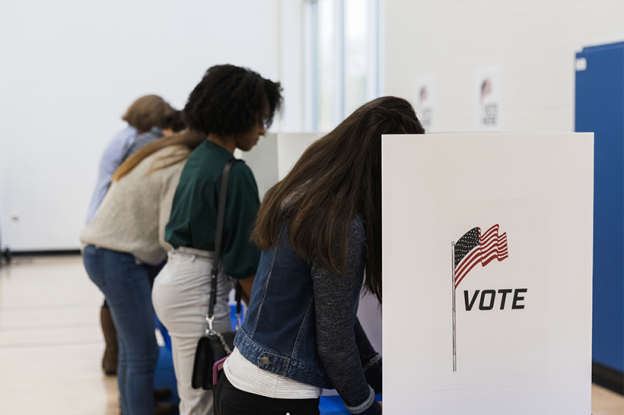 A Kaiser Permanente study conducted in Southern and Northern California found hospitalizations for heart attack, stroke, and heart failure were 17% higher in the 5 days after the 2020 election than in the same 5 days 2 weeks before the election. The study was published April 20, 2022, in JAMA Network Open.

“This study of the 2020 U.S. presidential election reinforces the findings from our study of the 2016 presidential election: In both cases we saw significantly higher rates of acute cardiovascular disease in the days after the election,” said the co-first author of the research, Matthew T. Mefford, PhD, of the Kaiser Permanente Southern California Department of Research & Evaluation. “Just like large sporting events or other events that can cause excitement and anxiety, the emotions surrounding presidential elections may trigger a higher risk of heart attacks among certain people.”

The 2016 study, which included only Kaiser Permanente Southern California members, found a 62% higher risk of hospitalization for heart attacks or stroke in the 2 days immediately following the 2016 presidential election compared to the same 2 days in the 1 and 2 weeks prior.

For the 2020 presidential election, researchers chose the 5 days following the November 3 election (November 4 through 8) as the period to study because most national media projected the winner on November 7. They chose the 5-day period of October 21 through 25 as the control period to avoid the intense media and social media coverage in the days leading up to the election.

“We should not underestimate the impact of emotional stress on heart disease. While previous studies have shown such adverse effects around times of natural or other disasters, our study shows  the importance of awareness regarding the heightened risk during significant political events as well,” said the co-first author of the research, Jamal S. Rana, MD, PhD, an adjunct investigator with the Kaiser Permanente Division of Research and a cardiologist with The Permanente Medical Group. “As a next step, we need to develop strategies that can help mitigate this elevated risk associated with consequential political events.”