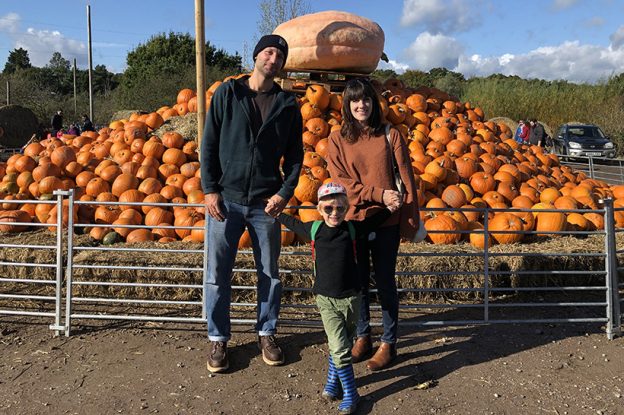 Sarah Carter, DPhil, MA, is a post-doctoral research fellow at Kaiser Permanente Southern California’s Department of Research & Evaluation. She completed her doctoral work at the University of Southampton in England, where she studied childbirth intervention in the United Kingdom’s National Health Service (NHS). She is currently studying pre- and perinatal maternal health, environmental exposures, and child neurodevelopment in Kaiser Permanente Southern California.

What sparked your interest in maternal and child health research?

I got my master’s degree in forensic anthropology and studied infant fracture detection at autopsy. I was given access to Los Angeles infant death records, and what I found most interesting in looking at this data was not related to my project. Most records referenced accidental suffocation or unsafe sleep practices, despite the ongoing safe sleep campaigns I was working on at the time. I saw firsthand the disconnects between public health messaging and what I was seeing in the data. I decided I wanted to use my research on the front end to investigate maternal, infant, and child health for the living.

My specific research interests were also shaped by the fact that I had my son when I was 6 months into my DPhil. I called him “the experiment baby: sample size of one” because I had him at the NHS while I was doing a study about childbirth in the NHS. It was interesting to be studying something at a very granular academic level while also experiencing it firsthand, and I changed some of my research questions based on my own personal experience.

Why did you choose Kaiser Permanente for your post-doctoral work?

My doctoral work in the U.K. showed that women who had lower educational qualifications were more likely to experience labor induction, epidural, anesthesia, and cesarean section. This got me interested in further studying disparities in maternal and child health care, and I wanted to move back to California. This position seemed perfect because it was an opportunity to study maternal and child health care disparities in a U.S. health care system after doing so in England.

Also, throughout my research career I’ve seen how the current policy doesn’t always line up with the practice, and I wanted to do research in a way that informs practice more directly. I think Research & Evaluation is a really great place to do that.

What new or upcoming projects are you most looking forward to during your post-doc experience?

I’m working on child neurodevelopment, which is something that I’ve never worked on before. I’m studying the association of various perinatal environmental exposures with child neurodevelopment and mental health. I’m currently looking at perinatal exposure to things like maternal infections, asthma, diabetes, and preeclampsia and whether those are related to certain sub-phenotypes of autism spectrum disorder in children. I’ve always studied moms and babies in a snapshot of the childbirth or the postnatal experience, but this is allowing me to look at how perinatal influences and exposures affect children as they age.

You also worked on a project regarding autism risk factors and living near freeways and roadways. What were those findings?

We looked at whether the exposure to pollutants within 300 meters of freeways and non-freeway roadways during pregnancy was associated with autism in children up to age 5. We found that children whose mothers were exposed to pollutants from main arterial roads – like major boulevards, for example – are at higher risk of autism.

There was no significant risk of autism for children of mothers who lived near freeways during pregnancy. However, this finding may not be generalizable because our dataset did not contain a lot of people who lived next to freeways.

How do you like to spend your spare time?

My 6-year-old son and my husband and I are outside a lot, especially having just moved here from England – we’re taking advantage of the fact that it’s always nice outside. We’ve been taking road trips up to the mountains, and recently went to Mammoth to go hiking and canoeing.

I also like to travel and go on food tours. I have lists of my favorite pastries from different countries and am looking forward to being able to travel again.

Image: Sarah Carter with her husband Michal Carter and son Fionn on a family outing to Sunnyfields Pumpkin Patch in Hampshire, England.